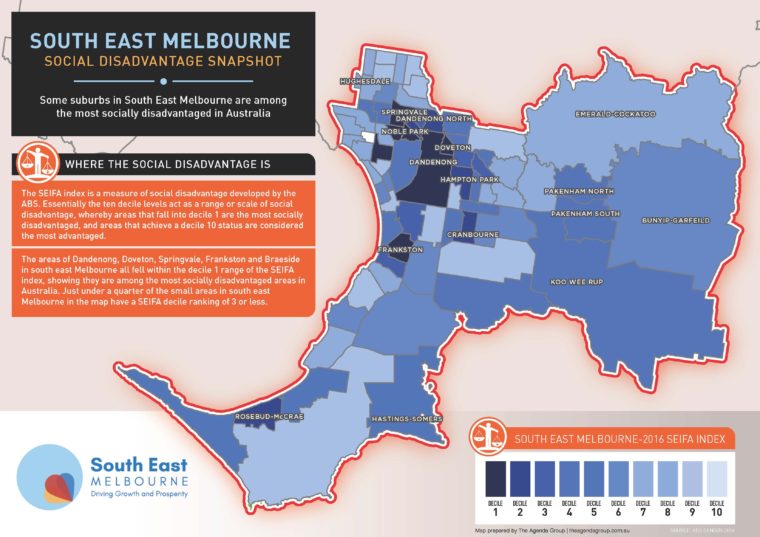 There are areas in South East Melbourne which are among the most socially disadvantaged areas in Australia.

The SEIFA index, which is used to look at disadvantage in Australia, looks at things such as:

For SEM it’s important that all our residents have opportunities to live their best lives. That’s why SEM is advocating for more investment into infrastructure, jobs and a stronger university presence, variety of course offerings and improved vocational pathways in the region.