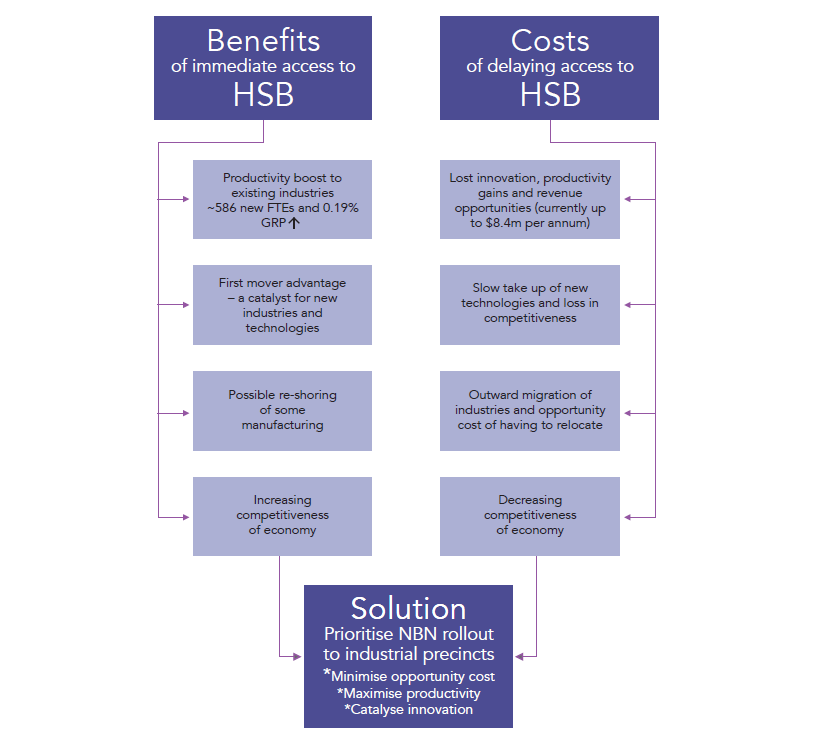 South East Melbourne is calling on the Federal Government to urgently roll out the NBN (National Broadband Network) in one of the most important growth and jobs regions in Victoria.

Vast swathes of Melbourne’s south east, which host some of the most innovative high-tech manufacturing companies in Australia, do not have access to the NBN and are not yet on the NBN build-start schedule.

The Synchrotron, which is used by scientists from across the world, is in one of Australia’s most important centres of innovation.

Let’s not fall behind

Mr McKeon said: “Similar high-tech manufacturing and areas of innovation in Sydney and Adelaide are already connected to the NBN. Thousands of jobs and hundreds of companies in Melbourne’s south east are at risk of falling behind their competition.

“In a fast-moving world of innovation, we can’t wait a year or two years. South east Melbourne needs the NBN now as a matter of urgency.”

Mr McKeon said the jobs centres in the south east, including industrial areas in Frankston and Dandenong, were missing out and that local jobs could be in jeopardy.

Mr McKeon’s warning is echoed in Regional Development Australia’s report on the NBN in south east Melbourne. The report, titled ‘The need for High Speed Broadband in SE Melbourne’s Industrial Precincts: Study of the economic effects of lack of access to the NBN’ found a lack of high speed broadband “can encourage businesses to leave otherwise effective industrial precincts, adversely affecting economic growth and redirecting funds that could be invested in product innovation and diversification.”

Mr McKeon added: “There are tens of thousands of people working in high-tech manufacturing in the industrial areas of Frankston, Dandenong, Moorabbin and Braeside. The Government needs to support these jobs with the NBN-infrastructure these workers and their companies need.”

Mr McKeon said rolling out the NBN infrastructure in the south east’s job-rich areas wouldn’t cost one extra cent because the NBN will eventually service the whole of Australia.

“It is critically important that Victoria doesn’t lose jobs in innovation because of a lack of infrastructure that is going to be rolled out anyway.

“We are calling on the Government to put the innovation jobs and companies in south east Melbourne at the top of the NBN priority list,” he said.

While many residential areas of Melbourne have already been provided with the NBN, Mr McKeon said the lack of high-speed broadband infrastructure in crucial employment areas in the south east was affecting Victoria’s competitiveness and international reputation.

“Scientists from across the globe use the Synchrotron, the most high-tech facility in Australia, to study the molecular structure of cancers, for instance. Why doesn’t the Synchrotron, and our researchers, have access to the NBN? Something needs to be done urgently.”