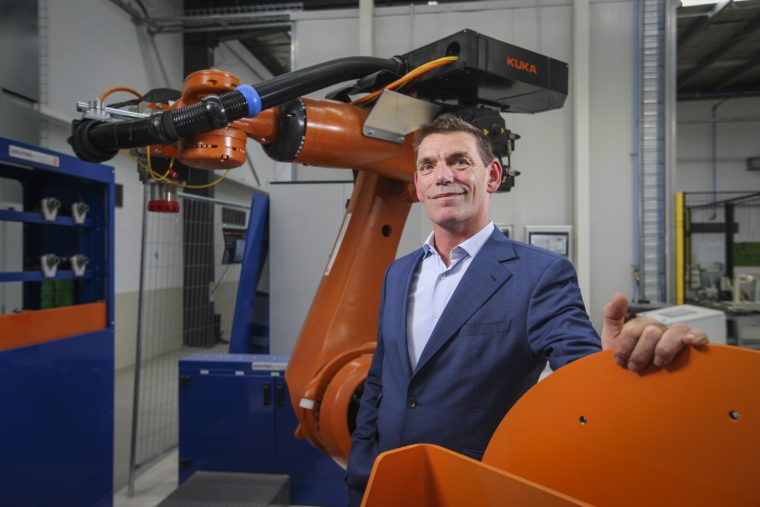 In years to come, you will look to the sky and have a great chance of seeing a little bit of greater south east Melbourne flying by.

Innovative work that is being done now, or recently completed, means that the sky will be filled with technology or products from south east Melbourne.

The source of all that innovation is Titomic, an ASX-listed southeast Melbourne-based company that uses the world’s biggest 3D metal printer to make tools and parts that are used across the manufacturing, aeronautical, defence, marine, auto and space sectors.

While creating its business, Titomic turned to other innovators and businesses in the greater south east Melbourne region.

“We needed a large facility with a particular electrical requirement, so we found an old property and converted it. We used local builders, local plumbers and local trades people to do all the work,” says Titomic founder and CTO Jeff Lang.

“We then had to build our equipment, the biggest 3D metal printer in the world.”

Titomic looked around for the best solution. European manufacturers wanted €20 million ($A32.4 million), with an 18-month delivery. The best solution was found close by, unsurprising to Titomic.

“We had the machine built here in south east Melbourne with local suppliers at a significantly lower cost, and it was delivered on time,” Mr Lang said.

The machine can deposit 10 kilograms of metal material per hour, while the average 3D metal printer manages about one kilogram in 24 hours. This means delivery times for Titomic clients can be cut from months to weeks or even days.

The Titomic start-up experience demonstrated clearly to Mr Lang that “there is significant capability here in south east Melbourne that governments, manufacturers and customers should be made aware of.”

The region has the highest concentration of 3D printing companies in Australia and probably some of the most prominent advanced technology capability in the country, and it goes hidden all the time.

Mr Lang would like to see a structure where all the industries in the region can easily find each other so they can more easily work together and drive the innovation needed to serve export and domestic markets and thrive into the future.

“It is hard to really map out what those local capabilities are. At the moment it depends on getting on Google to search for who the local suppliers are, but there’s no real list or understanding how that networks together.”

Another area for attention is skills, including historic underfunding of the TAFE sector and what universities are teaching graduates compared with the skills businesses need. Mr Lang would like to see ways that all those sectors can collaborate more easily.

“We employ all kinds of people from all kinds of backgrounds,” Mr Lang says, “from people with one- or two-year TAFE diplomas, to highly qualified mechatronic engineers, to Masters students and PhDs.”

Mr Lang says Titomic and the other 3D metal printing firms in the south east are part of Melbourne’s proud metal fabrication history.

“Melbourne had one of the greatest sheet metal fabrication capabilities in the world after World War II and that continued. Even in the 80s and the 90s we had the largest uptake of laser cutting machines per capita in the world because we had such a big sheet metal industry.”

With a joined-up industry plan by government he sees greater south east Melbourne as being able to compete with the world, allowing local firms to work cohesively together delivering a high-performance part that can be exported. “We’re not good at doing that and the Federal Government is even struggling trying to find local content for their $270 billion defence initiative.” Mr Lang says.

“The capability is here. We just need to be able to find out about each other and our capabilities and then get on with doing the job.”