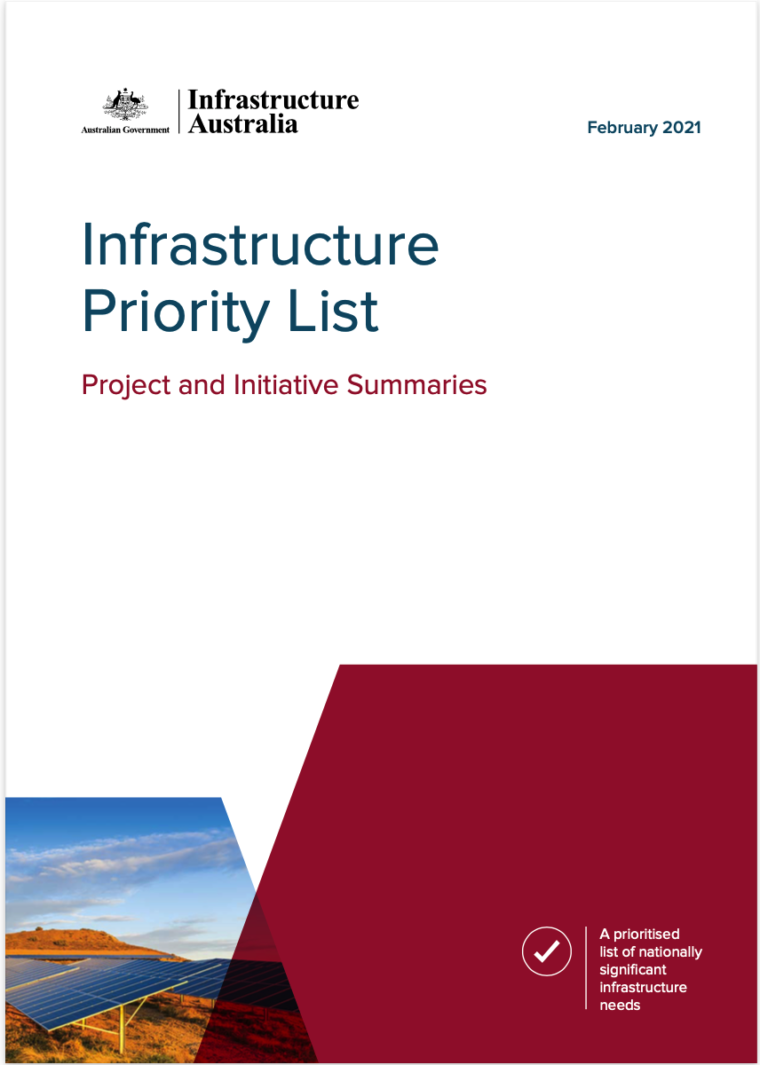 “GSEM is delighted that Infrastructure Australia recognises that the use of recycled water is a priority of national significance and is now included on the Infrastructure Priority List,” GSEM Chair Simon McKeon said.

“Victorians are already paying for water to be recycled and then to be flushed into the ocean.”

“GSEM made a submission to Infrastructure Australia arguing for the reuse of the 123 billion litres of recycled water from the Eastern Treatment Plant that is flushed into Bass Strait each year,” Mr McKeon said.

“Melbourne is facing a water crisis. Due to climate change and population growth, Melbourne is running out of water, with demand projected to exceed supply as early as 2028,” Mr McKeon said.

“As the GSEM submission outlined, only about 6 billion to 8 billion litres – about 5 to 6 per cent – of recycled water from the Eastern Treatment Plant is reused each year.”

“The annual average amount of water stored in the city’s reservoirs fell by 68 billion litres over the past five years and rainfall’s contribution to our supply is predicted to drop by 50 per cent by 2050 due to climate change.”

“Recycled water is an increasingly valuable resource, it is produced at public expense and should be reused, as our submission to Infrastructure Australia stated.”

Mr McKeon said GSEM has called for an integrated water network, including “purple pipes” to deliver recycled water to homes, parks, farms, businesses, golf courses and industry as well as being used to improve the health of waterways and coastal water quality.

Mr McKeon said an integrated recycled water scheme would include access to affordable water of the highest quality, boost food production, as well as the creation and retention of jobs in sectors as diverse as industry and agriculture.

Mr McKeon said that the vision is for an integrated water system includes recycled water and stormwater harvesting.

South East Melbourne Recycled Water Scheme: The scheme includes several water projects across the region, including water harvesting and an integrated system of “purple pipes” to carry recycled water from the Eastern Treatment Plant and Pakenham Waste Water Treatment plant to businesses, farms, parks and golf courses in the region and to homes in areas such as Dandenong NEIC, the Casey-Cardinia growth areas of Clyde, Pakenham, Koo Wee Rup and Lang Lang.

It is envisaged that recycled water will eventually be delivered to major food producers in the Bunyip food belt region and other parts of Gippsland, assisting with future food production issues.

New housing developments would be connected to “purple pipes” that would deliver recycled and harvested water for use in use in high demand areas such as households (domestic laundry, toilet and garden uses), businesses and open spaces.

Dingley Recycled Water Scheme: A new “purple” pipeline taking recycled water from the Eastern Treatment Plant would use the Mordialloc Freeway alignment to deliver thousands of litres of water to the area’s food producers, golf courses, garden industry, parklands and key precincts such as the Monash National Employment and Innovation Cluster (NEIC).

Tyabb/Somerville scheme: The construction of a pump station and pipeline to deliver about 1.4 billion litres per annum of high-quality recycled water.

This would help Greater South East Melbourne’s food producers and nurseries in the Tyabb-Somerville irrigation areas, and potentially the Pearcedale irrigation area, to meet growing fresh food demands and attract more than 350 jobs.

Hinterland Environmental Water Scheme: Would deliver recycled water to the hinterland region of the Mornington Peninsula, including Red Hill, Main Ridge and Merricks North, with Balnarring and Flinders at the periphery.

The scheme would treat, pump and transport salt-reduced recycled water to the region by connecting to the South Eastern Outfall near the Dromana Industrial Estate. The proposal supports existing and emerging high-value horticulture growth in the region. Other benefits include sustainable tourism, the natural environment and improved fire-fighting capabilities.