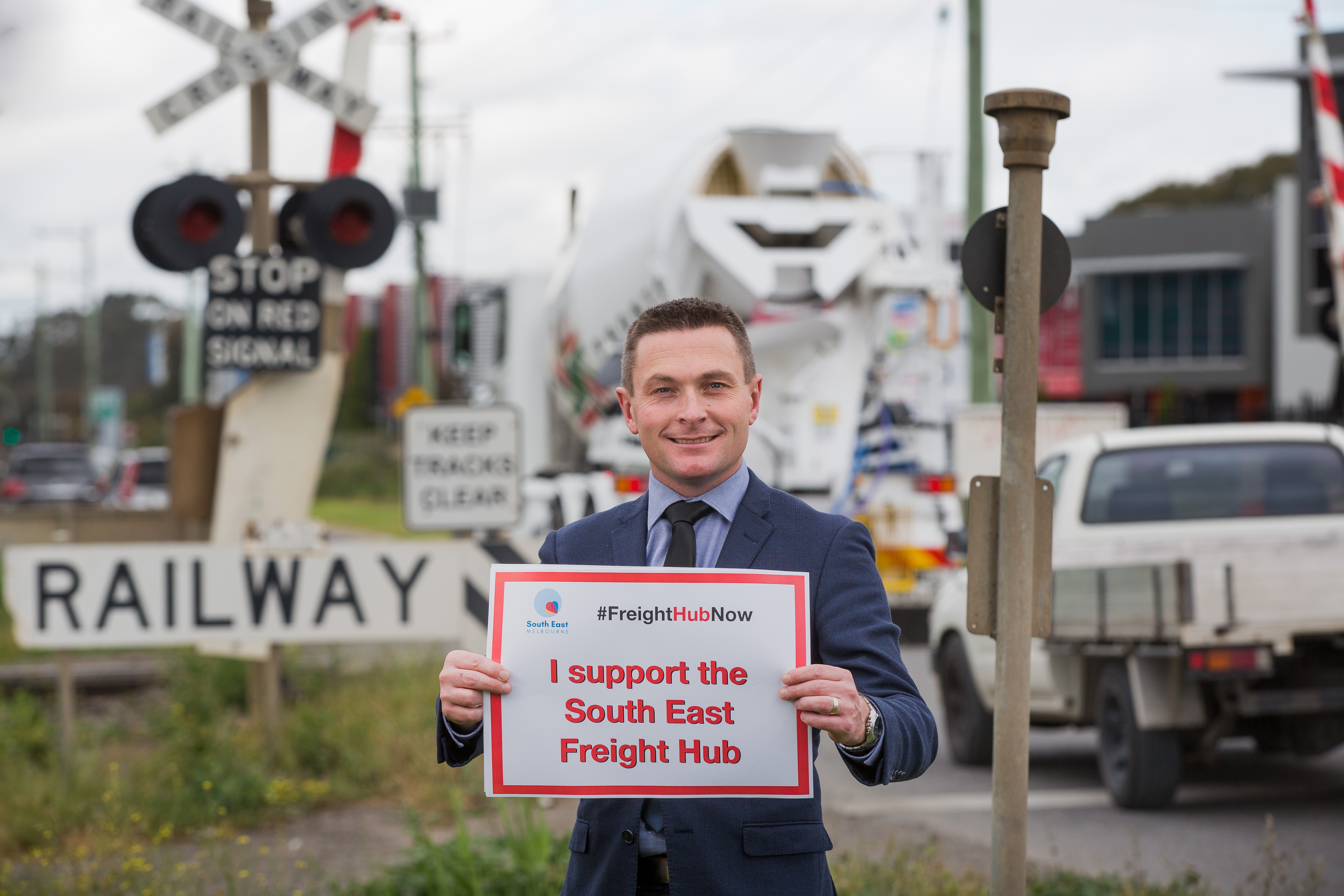 With its emphasis on taking trucks off roads in the inner west, the State Government risks weakening competition and losing the most beneficial part of Victoria’s proposed rail-freight solution, writes Simon McKeon.

The Port of Melbourne is at a crossroads, and the direction taken from here will either enhance its business, boost the state’s economy, ensure competition, help the environment and create jobs – or not.

The Victorian Government has a crucial decision to make. If it makes the wrong decision, makes a half-decision, or takes too much time arriving at the right decision, then the Port become less competitive for importers and exporters. Just last financial year, according to the Australian Competition and Consumer Commission, the Port of Melbourne was superseded as Australia’s pre-eminent container port.

If the government makes the right decision, and makes it soon, then the Port will be able to increase efficiencies, expand its capacity by 36 per cent – which would extend the time it takes to reach capacity and push out the need for a second container port for Melbourne – create 6,100 jobs in Melbourne’s south east, take thousands of trucks off local roads and the Monash Freeway and cut freight-related vehicle emissions by 66 per cent. All through the use of rail.
The decision the Victorian Government must make is to go ahead as soon as possible with the entire Port Rail Shuttle scheme. The scheme involves the construction of a rail freight system that would have three strategically placed rail freight hubs, one each in the south east, north and west of Melbourne.

The system would provide competition for road freight, cut the time that freight sits on the Port of Melbourne docks from 2.9 days to around one day, which is where some of the 36 per cent capacity gain can be made.

The most effective element in the freight rail plan is an inland freight hub in Melbourne’s south east but there are strong indications that the south east hub is in danger of not proceeding. The government said when it launched expressions of interest for the scheme in September this year that “the initiative will take trucks off local roads in Melbourne’s inner west”, with no reference to the southeast, south or the Monash.

The business and economic case, not to mention the environmental logic, for a rail freight hub in south east Melbourne is compelling. Earlier this year Regional Development Australia (RDA) produced its ‘Dandenong South Inland Port Business Benefit Analysis Report Summary’, which examined the case for a freight rail hub at Dandenong South.

RDA found that about 40 per cent of all imports and exports transiting through the Port of Melbourne originate in the south east or are destined for the south east.
The complete rail port shuttle scheme would also see much smaller freight hubs at Altona and Somerton.
RDA’s report said the South East Freight Hub would cut about 23 per cent off the freight cost of importing – and 25 per cent off the cost of exporting a container, which helps businesses compete and should lower prices for consumers.

The dangers that we at South East Melbourne (SEM, southeastmelbourne.org) have identified is that the government will either delay the implementation of the plan or just build the Altona and Somerton freight hubs and fail to build the hub that is needed most, the one proposed for Dandenong South.
Neither result is good for Victoria or for Melbourne but the second scenario, where the northern and western freight hubs get built but not the south east, is also a very poor outcome for the environment.
Failing to build the Dandenong South freight hub would see many more trucks on the Monash and local roads in the west, south and south east. Containers with goods destined for the south east, which is the biggest and busiest manufacturing precinct in Australia, would be sent to Altona before being unpacked and the goods trucked back through Melbourne’s centre to the south east, wiping out most of the emissions gains.

Building the complete Port Rail Shuttle scheme and operating it efficiently makes logical, economic and environmental sense. Frankly, if for some reason that cannot happen, the next best option is to first build the South East Freight Hub at Dandenong South with efficient freight links to the port, with the other hubs to follow.
Anything less than that, would leave the Port of Melbourne, already overtaken by Sydney, also superseded by Brisbane. Indeed, Sydney is already drawing freight from Melbourne as Victorian exporters and importers complain of long delays, high freight storage costs and costly multiple-container movements at the Port of Melbourne.
The Port of Melbourne is at a crossroads. The best solution as outlined above is good for everyone, and especially the environment.