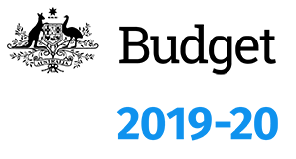 Pakenham, Cranbourne and Dandenong are in for even more funding than initially thought due to a previously unannounced initiative.

The $396 million Urban Congestion Fund will be supported by the previously announced $1.1 billion suburban roads package split between the north and southeast.

SEM is particularly pleased to see $70 million for a Thompsons Road Extension, a project that SEM has been vocal about in our conversations with Government. We will seek further information on this project.

Other upgrades in the south east:

$65 million for the Mornington Peninsula Freeway Grade Separation and Duplication to Boneo Road.

$17.8 million in funding for Intersection upgrades along the Princes Highway, and McGregor Rd in Pakenham and Ballarto Rd in Skye will also receive funding.

Princes Highway has been allocated $300 million and another $300 million will be used to improve roads in the Dandenong Ranges and surrounding areas.

Other smaller improvements will be rolled out to Narre Warren-Cranbourne Rd, Cranboune; Latham Rd, Seaford and Warrandyte and Baxter-Tooradin Rds in Langwarrin South.

What are your thoughts on the budget?