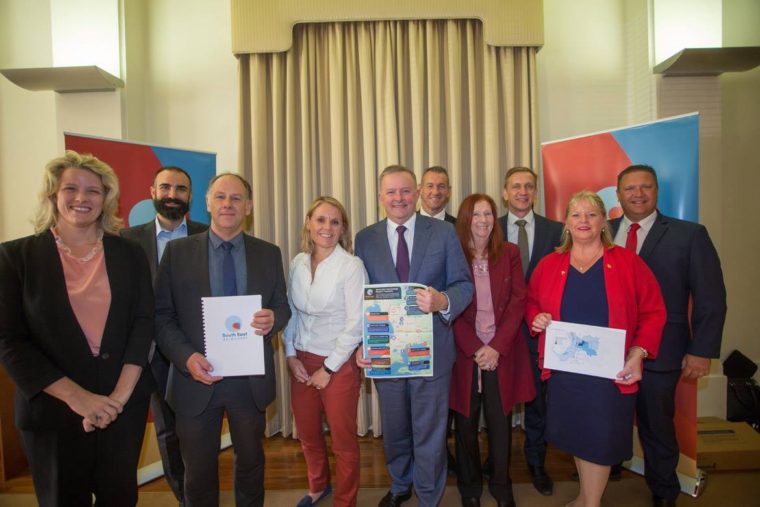 Yesterday representatives of the SEM group, including Mayors and CEOs, were joined by regional MPs and candidates for a successful meeting with the Hon Anthony Albanese, MP, Shadow Minister for Infrastructure, Transport, Cities and Regional Development.

SEM expressed our interest in a City Partnership for the South East Melbourne region. Mr Albanese was presented with information that demonstrate South East Melbourne’s strengths and needs, ranging fom travel to work times, to population growth, disadvantage and unemployment.

Mr Albanese noted SEM’s work, saying “You are well prepared to be among the first regions to apply for a City Partnership should the ALP win the next Federal election”. Mr Albanese’s commentary and guidance will inform how SEM brings its projects and Partnership proposal to any future Federal Government.